Technology is not a “Silver Bullet”, its an Addiction

A few years back Microsoft released an Office app for iPhone – this was huge because ‘Mobile Devices’ were on the up and started to over take the use of desktop computers. It was a good move for Microsoft to keep ‘Office’ as a desirable tool by taking it mobile on phones.  Shortly after this app was released in Feb 2011, Microsoft released Office 365 in June that same year. Had you looked at that and listened to what some technologists were saying about desktop computers being made redundant by the progressive mobile technology, you may have believed it. I remember similar predictions being made by Jakob Nielsen about the advent of LCD screen technology that would move all books digital. I read a passage from one of his paper books where he said (in 2001 or thereabouts) that by 2007/8 most books would be digital and very few people would want to read traditionally printed books let alone publish them this way. Well how wrong was he? Books are as prevalent as ever and in demand. So if this is the case, why does the old tech not fade as quickly as some seem to think?

The reasons are not so complicated. People love doing what we have done for centuries, they look forward to it.

They love the smell and tactile nature of a book in their hands. The feel and smell of the morning paper. The wide angle view they have of it and the very nature in which they enjoy it over a morning cuppa. There is something very important about this for us as humans. Same with our food. In the 60’s there was a massive stir about space technology making meals into capsules and everyone got very excited about it. The truth is, it was only exciting for those making the capsules and the astronauts! The rest of us loved hanging out for our plate of nice smelling, visually pleasing food! Today, food has become an obsession so I do not see roast dinners ever being consumed by people in the form of a tablet or capsule just because the technology makes it convenient.

The Office App was released some seven years ago, however very few people use Microsoft Office files on their phones. I certainly don’t and I am dealing with several graphic designers, programmers and comms people who are constantly sending files for me to look at. So why is this the case?

Phones are reaching a limit of sorts in terms of ‘usability’. Sure, the iPhone helped us all jump into the new millennium with touch screens and swiping features etc. This dramatically improved how quickly we could use this tech. But there are always going to be limitations to what we can do with physically smaller devices. Many of us are aging too, so eyesight – let alone keyboard size and functions – are all reaching quite severe limitations. It is why the likes of Siri was introduced. As useless as she is even now at 6 years of age, Siri is an example of what is to come because such small devices are reaching their limits for simple, fast physical use. The number of things our phones can now do and access is way ahead of how fast we can physically use them. Combine this with safety issues in cars or the work place and it is clear why voice activated systems like Siri will soon become our interface to accessing the world from our phones.  But even this is some way off. With all the processing power phones have, they are predominantly used for personal things (aside from phone calls) like music and photos. For business, they do have very obvious limits outside of making calls, scheduling a meeting and texting etc; despite all the tech they have. The reason is that these mobile devices are only really good for high volume, low complexity tasks. Simple things we can do often and easily. Not difficult and complex things that might need a lot of attention. When on the move, people are busy with many other things at the same time. People are also limited in their vision (whether it’s good or not) because the device is small. Add to this the use of such devices when we are moving, surrounded by people, in traffic or when we have sunlight glaring across the screen. 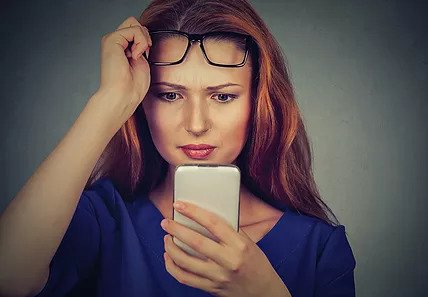 Phones help us do a few more things for sure. Check times, communicate about a meeting, advise the traffic situation etc. What a mobile can do has improved since mobiles were first released. I used to carry a 4kg unit over my shoulder with an antenna that poked me in the hip all the time. The hand piece had a cord and I could only receive and make calls. We can now carry them in our pockets or purses. We can keep information on them and receive our emails, take pictures and download or keep music. We can do many more things than when they were first released into the market. But those things only help us to do the same business, better than before. They make us more accurate and, ideally, more organised. They help us to be more informed and more connected to our customers. The type of mobile phones or apps we use or which desktop computer and software we buy, are not crucial to the success of our business. That comes down to our relationships, our planning and our ability to deliver what our customers need most.

Most of us still wait until we get back to the office to reply properly to an important file or email because they require proper assessment and response with the use of a larger screen and often in a quiet location. Sure, some of it can be done on the run from the phone – ideally only where professionalism is not put at risk. But anytime I am dealing with a client, I will not rely on the view from my phone or answer the client while I am ‘out’, unless it is a very simple – and necessary – reply. My responses need to be professional and fully conscious. Where it is not simple I wait until I can reply from the office from a desktop computer or laptop, in quiet.

Most mobile apps and online technologies have a long way to go to prove their worth to the world rather than just being another human desire. This can be said for Social Media too. Many companies are jumping on the band wagon without knowing exactly where they are going. Right now Social Media and Mobile device additions to businesses are increasing overheads and often having no positive impact on sales. The ‘we need to be seen to be doing the right things’ statement seems to be a common reason for many diving into this technology headfirst … well before the pool is filled!

We all know that doing business is about relationships. So why the crazed focus on technology? Because it’s exciting. It’s new, different and it’s leading edge. It’s also experimental, expensive and dangerous in the wrong hands. There is a piece of ‘Sobriety Software’ for Social Media available; someone invented an app that we can run on our own computers to save us from ourselves when we get drunk and want to post silly things on our Facebook profile!! I think we need the same principle applied to software packages and platforms for companies using technology they know little about.

While you may feel the need to be seen to be current, take your time and only do what you can manage and afford according to the over-arching strategy of your business.  Concentrate on fundamental proven digital principles that assist your customers, reduce overheads and increase the productivity of your employees. If you see a technology that may benefit the company, research it well and look at companies who already use it. Let others ‘inject themselves’ with experimental technology and watch the results … it’s much smarter and a lot less painful.